As if we didn’t need another thing to worry about when it comes to eCommerce. 2020 has thrown a lot our way and unfortunately, there is a growing market of folks who take advantage of those that are trying to make an honest day’s work.

I’m talking about ad fraud. In a recent poll by Advertiser Perceptions, 37% of respondents said that fraud was one of the worst aspects of programmatic ad buying.

In this blog, we’ll take a look at the various forms of ad fraud, how to combat it, and how performance marketing may be a great deterrent for your ad fraud woes.

What is fraud in advertising?

Advertising fraud can come in many different shapes and sizes, but low-down on ad fraud pertains to any intentional manipulation or fabrication of advertising outcomes in order to generate revenue.

There are several common types of ad fraud:

These are just some of the types of common advertising fraud methods. Other methods of ad-fraud include Ghost Sites, SDK Spoofing, Ad Injection, and Geo Masking. Any of these, or a combination, can lead to a lot of lost $$$ for advertisers.

What is the cost of ad fraud for merchants?

Looking at the numbers can be quite shocking when you realize just how much ad fraud there is. A study by Adobe showed that nearly 28% of web traffic comes from non-human sources while MarTech Advisor puts the levels of click injection at 57%, click spam at 24%, SDK spoofing at 11%, and fake users/bots at 8%.

Nearly $28.33 billion was spent on digital advertising for retail in 2019 which is up 19.1% from the previous year (eMarketer). With so much at stake, advertisers are looking to maximize their ROI and protect their spending.

It can be difficult to track the actual monetary value that is lost due to ad fraud even for seasoned professionals. It’s quite easy for a thief to target digital ads, and since nearly every web page, app, and even social features ads, it becomes harder to track down and eliminate fraudulent activity.

White Ops and the ANA projected that $5.8 billion was lost to fraudulent activity in the digital landscape. This was down from $6.5 billion in 2017, giving some signs that the trend may be slowing according to this report.

Other studies have shown much larger figures. Juniper Research has shown the total amount lost due to fraud in digital advertising could be closer to $19.5 billion. This of course represents more than just the retail industry, but these numbers are staggering.

For every $5 spent on advertising, more than $1 is lost to advertising fraud — with some estimates at 1 in 3 ad dollars lost — it’s no wonder that advertisers want to take every precaution possible to thwart this activity.

How do you combat ad fraud?

TrafficGuard/Juniper estimates that advertisers who run campaigns without protection stand to lose 26% of their investment to fraud.

There are many strategies you can use to help avoid ad fraud from the get-go. Here are six ways you can immediately begin combating fraudulent activity.

One of the most effective ways to combat ad fraud is to measure your ROI based on actions that move the needle. Performance marketing does just that.

Performance marketing is an online marketing and advertising practice, in which advertisers pay marketing companies when a specific action is completed, such as a sale, lead, or other defined action.

Simply put, this means, as a brand or retailer, you’re not paying unless a specific action is taken. This is very beneficial as a brand for a few reasons.

Changing the way you measure success in your campaigns, specifically with performance marketing, is a great way to ensure that your advertising efforts are moving the needle when it comes to your bottom line.

For those who are new to Klickly, we are an invite-only 100% commission-based advertising platform that allows eCommerce merchants to lock in their returns by choosing their own commission. Klickly, then, advertises your products across 25Million+ premium online destinations (like the open web, apps, games, etc) only charging when we help make a sale. 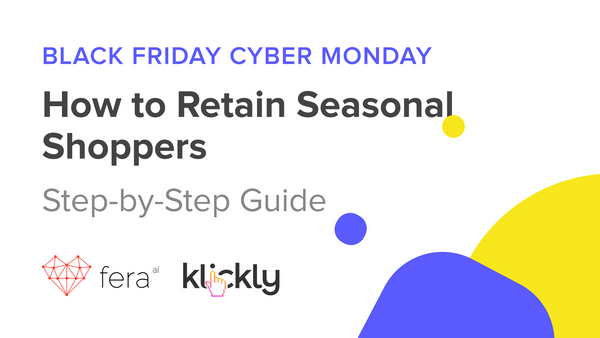 With Q4 less than 3 weeks away, you want to make sure you're covering all your bases. If you've been keeping up with our series, you've gotten tips on how 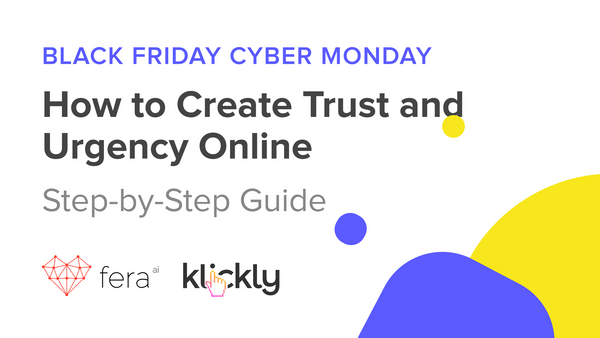 We're back to make sure you have all the tools and strategies you need to have a successful Black Friday / Cyber Monday. This week we're talking about how to create