As we all know, we’re all finding various ways to adjust to the new normal. One major part of that new normal is the abrupt shift to an eCommerce-first landscape. As marketers and business owners, data should be a key driver in making informed business and digital strategy decisions. But, the amount of data out there can often be overwhelming and hard to access.

Klickly has a unique position in the ecommerce ecosystem. We’re able to generate a huge amount of proprietary data — because of this, we have a much more nuanced view into digital performance than most other platforms.

Frankly, merchants should always be looking at this data, but the reality is that it’s not always readily available for them. We’re hoping that by curating this data we can help merchants, marketers, and beyond make well-informed, data-backed decisions.

Stemming from the positive response we got with our COIVD specific eCommerce data report, Klickly decided to begin analyzing that data and more on a quarterly basis and share our key findings on eCommerce performance across multiple verticals.

Our Q2 2020 data report consists of over 750 million data points from over 1200 eCommerce merchants across 11 verticals. We anonymously aggregated these data points and examined the week-to-week shift in D2C performance, order details, and on-site behavior.

An overview of eCommerce as a whole

The first area we decided to look at was overall performance. We analyzed GMV, number of orders, number of products, number of new customers, and the average order value on a week to week basis.

The overall story told from the data we looked at showed there was a particularly strong start to the month of April. This strong beginning was a continuation of the positive performance we saw when we looked at the impact on eCommerce due to the effects of COVID-19. While the first two weeks of Q2 saw the largest increase in revenues, orders, products, new customers, and average order value (to a lesser extent), the upward trend continued throughout the rest of April.

This is likely due to a combination of stimulus checks, the large shift from brick-and-mortar to eCommerce, and folks spending a larger amount of time shopping online due to stay-at-home orders.

Following April, as stimulus checks ran out we saw an overall decline throughout the remainder of the quarter. This was reflected in a decline across all tracked metrics with the exception of average order value, which did experience a slight uptick from the April — meaning less people were purchasing higher value carts towards the end of the quarter.

Secondly, we wanted to get a sense of when, where, and how consumers were shopping. Somewhat unsurprisingly, we found that Thursday through Saturday were the days with the highest purchase frequency throughout the week with a tendency to do their shopping in the early afternoon (eastern time).

From this we can deduct that folks are either taking advantage of lunch-time shopping — or if you’re on pacific time, have a tendency to grab their phone first thing in the morning and start shopping.

Aside from a handful of outlier verticals (home goods, babies & children, electronics, etc), states with large populations were responsible for the highest order volumes. However, it is interesting to see overall the percentage of sales coming from California was nearly double that of the next closest state, Texas.

Finally we wanted to explore the basic on-site consumer behaviors: traffic, click rates, and conversion rates. Overall, we saw an increase in online traffic — which makes sense given the aforementioned shift from brick-and-mortar to eCommerce. However, it should be noted that this influx of traffic occurred in the first half of Q2 before dropping slightly in the second half.

Unfortunately, we did see click rates decline month over month. While stores did see more traffic, their engagement rate seemed to drop as the quarter progressed. Perhaps this is correlated to the significant decrease in conversion rate.

It’s likely there were far more window shoppers than in previous quarters due to the increased accessibility to eComm stores (and possible free time of consumers). Conversion rates decreased month over month, with a significantly larger drop from May to June — meaning merchants should be taking a close look at the methods they’re using to take a  consumer from a browser to a purchaser.

There’s a lot that can be taken away from this study and hopefully marketers can pinpoint certain areas that are relevant to their digital strategy. I think there’s four main takeaways overall that we saw when doing this study.

It has been an interesting year, especially for eCommerce. While the above outlines eCommerce as a whole, we invite you to download the full report to view vertical-specific information to help inform your decisions moving into Q3.

We cannot stress enough the importance of making informed decisions when it comes to your business and excited to provide helpful research initiatives that give a deeper look into eCommerce performance, trends, and insights.

Klickly will continue to provide quarterly data reports to help you as marketers, merchants, and beyond, better prepare for the future. We hope you’ll sign up to take advantage of this free data.

About Klickly:
For those who are new to Klickly, we are an invite-only 100% commission-based advertising platform that allows eCommerce merchants to lock in their returns by choosing their own commission. Klickly, then, advertises your products across 25Million+ premium online destinations (like the open web, apps, games, etc) only charging when we help make a sale. 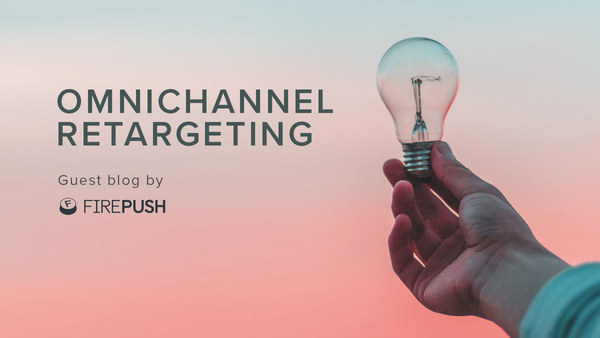 What’s the single biggest expense when it comes to your ecommerce marketing? If you look at your accounts, you’ll see it’s the money you’re spending on 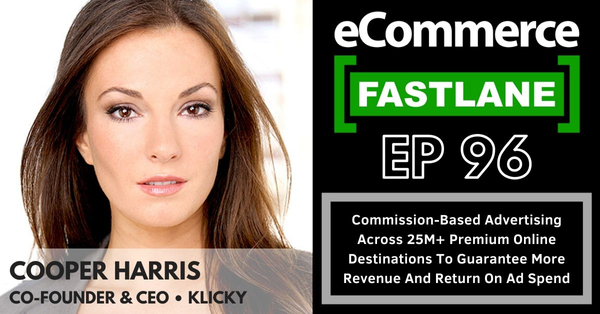 Klickly CEO, Cooper Harris, recently sat down with Shopify Plus' Steve Hutt on his podcast eCommerce Fastlane. Over the past few months, brands have faced new challenges when it comes